A corbel bracket is a supporting element that uses corbelling to reach out horizontally from a vertical post to steady what is above. On the baradari, stone masonry that resembles carved wood ornamentation is stacked out and up to create the corbel brackets that support the porch.

Carved stone corbel brackets that appear like wood are also found to some extent on all of the chhatris at Humayun's Garden Tomb. The most elaborate example of this is the pair of the blue-domed chhatris on Humayun's Tomb's western pishtaq.

The dalans on Humayun's Tomb's roof terrace, the northeastern pavillion at the chilla-khana, the hammam (only the center dalan), and the West Gate also have carved stone corbel brackets.

This feature is prevalent in Sultanate architecture and can be seen under the eave of the Tughluq-era chilla-khana. 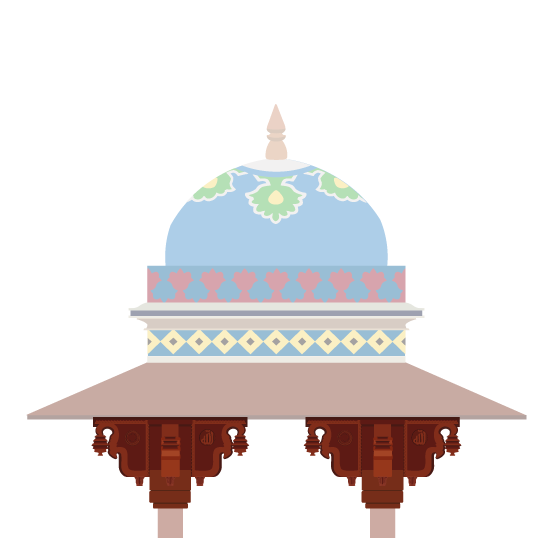 A formal bibliography is posted on the outline page.